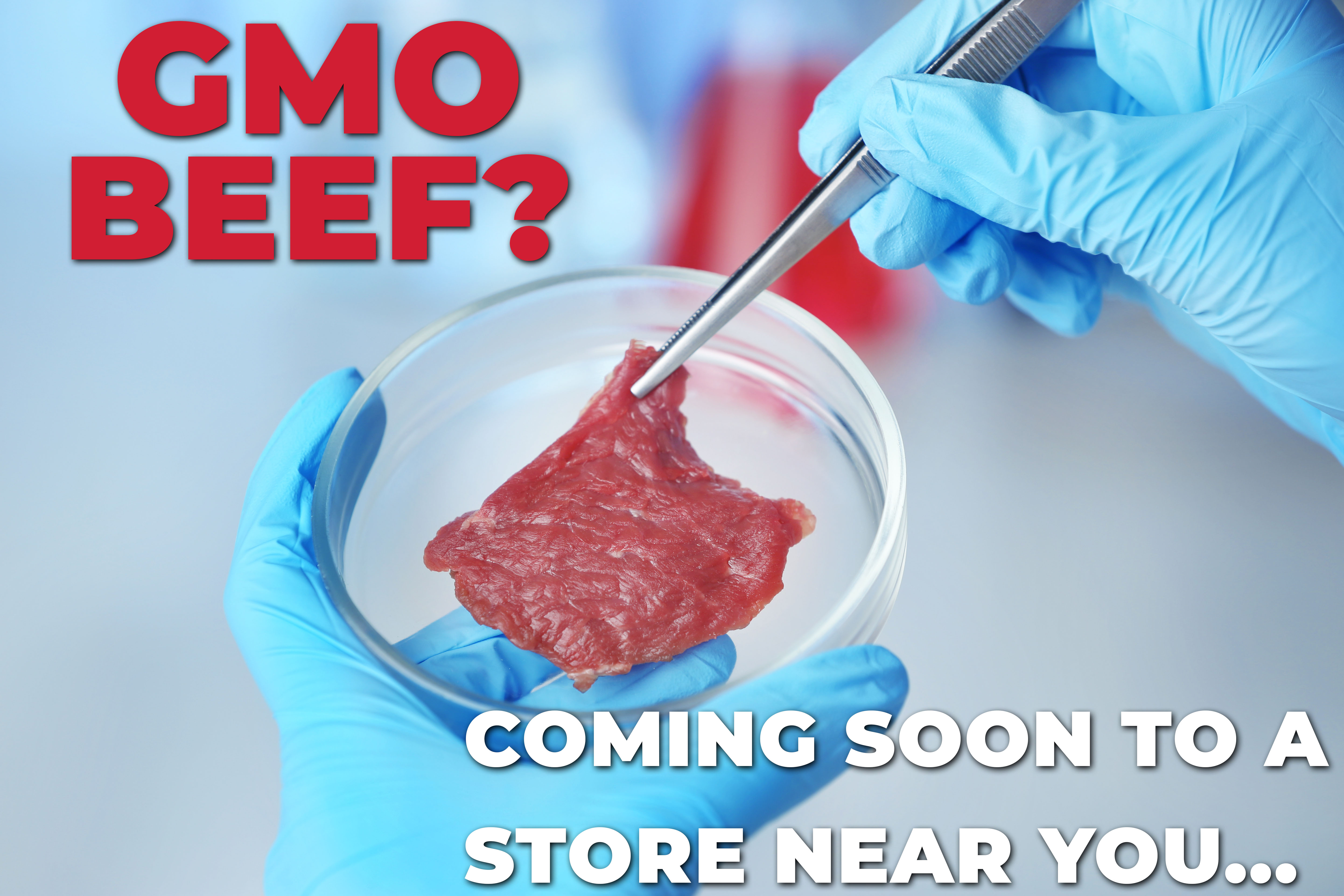 No need to worry about GMO products only being in your vegetable aisle at the grocery store anymore. Thanks to the U.S. Food and Drug Administration (FDA), you can now find GMO products in your meat aisle too. The FDA brought GMO Beef one step closer to your table by greenlighting gene-edited cattle to enter the U.S. food market. Yes, you read that right. Not only was this quietly done, but it also was reportedly fast tracked into this stage of approval.

If you didn’t know, some IGA salmon and pig species already exist. IGAs are Intentional Genomic Alterations made to an animal. Cattle are simply the latest animal to be modified in this way. It’s being welcomed into the market with less testing and approval processes than the first two IGAs of salmon and pig, which could be cause for concern since there are still many unknowns surrounding how these alterations will impact the cattle, their meat, and the people who consume it.

This gene-edited species of cattle was created by Recombinetics. According to reports about their alterations, these cattle had their “genes altered with a technology called CRISPR to have short, slick coats that help withstand hot weather. Cattle that aren’t stressed by heat might gain more weight, making for more efficient meat production.” With this project already having the runway approved by the FDA, we could see GMO beef from this program hit the market in less than two years. We’re still unsure how the product will be labeled to differentiate it to consumers - if it will be at all. 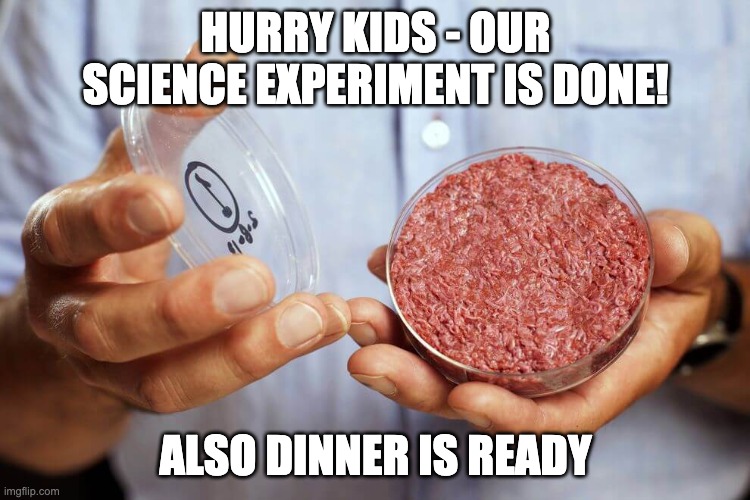 Why is this a big deal? Bigger, better, faster beef is always great, right? Wrong. Great beef and great meat starts with a great process; a transparent one that you can trust in and rely on. One study in the National Library of Medicine outlined the dangers of Genetically Modified food products well when it said, “the biggest threat caused by GM foods is that they can have harmful effects on the human body. It is believed that consumption of these genetically engineered foods can cause the development of diseases which are immune to antibiotics… these foods are new inventions, not much is known about their long term effects on human beings.”


In our opinion, this adds a whole new meaning to the phrase “mystery meat”. Not only is the meat itself a mystery, but the process still remains mainly in the shadows for most Americans. Explaining how it is done is one thing, but explaining why it should be done is even more important. It is in that realm that we feel they have not made a compelling argument. The unknowns of GMOs and IGAs outnumber the knowns 10 to 1. It's hard to believe that the safety and consistency of this process can match what great farms & ranches already do. Until then, there is no reason to reinvent meat. In our opinion - meat is great the way it is - especially ours. 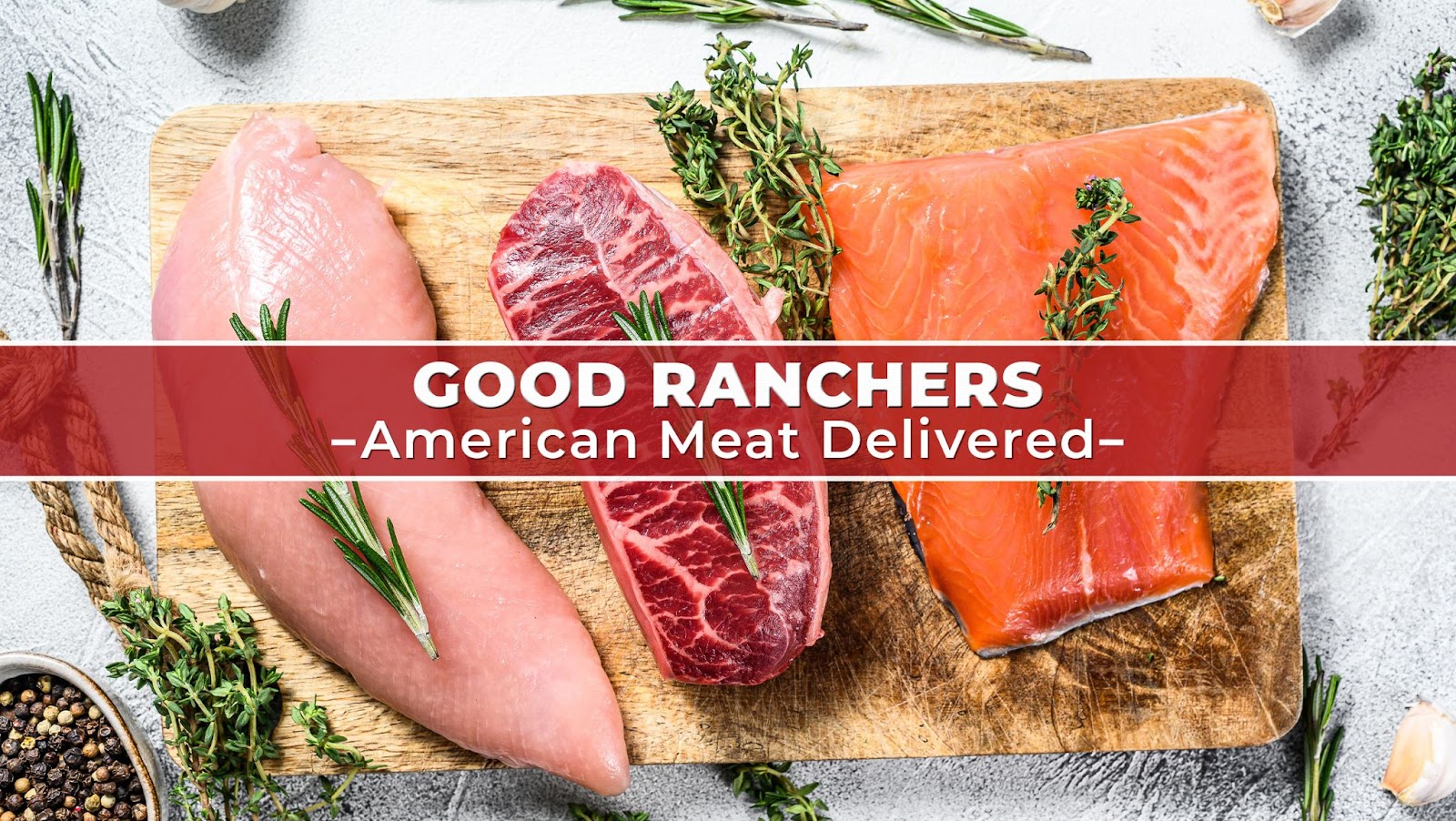 If you like to know where your meat comes from, then you need to change the way you shop for meat. The grocery store is currently full of imported meat from overseas - over 85% of grass-fed beef is imported from overseas. Even worse than that though, is soon they’ll be selling you beef made in an American lab, and a foreign lab soon after that. Shop meat that is born, raised, and harvested on independent American farms & ranches. Good Ranchers is real meat raised right. If you haven’t yet, check out our shop today to see how we can help you get high-quality beef, chicken, and seafood delivered to your door.

Is The Chicken Supply Running Low? You Won't Expect Why!